· Harringtons move to top of autos

In true endurance event style, Leg 3 of the Australasian Safari was a huge challenge for competitors.

West Australian competitor Ivan Erceg was transported by helicopter to Kalgoorlie Hospital after an injury on Stage. Due to the requirement for the helicopter to be on standby before the stage can start, a delay was required.

Officials made the decision to cancel the final stage of the day to ensure competitors were not riding and driving out of daylight hours.

It is understood Erceg is stable but has injuries to his chest. More details about the situation are expected later in the day and a media release will be issued when possible.

At the end of Special Stage 6, a length of 245kms, Ben Grabham took the lead on his KTM530, finishing just over five minutes in front of Jacob Smith on a Honda CCC, and Rod Faggotter on a Yamaha WR450F.

Yesterday’s moto leader Todd Smith on KTM, nursing a sore shoulder from a fall yesterday, has moved to fourth position, only 20 seconds after Faggotter and with Matt Fish on KTM only 30 seconds behind him. The top five riders are approximately one hour in front of the remaining field.

Results from the Autos show some significant changes with Father-and-son team Des and Richard Harrington moving from third to fastest place in their Nissan Patrol. Des is a veteran of 15 Australasian Safaris and competing with his son for the first time.

Warren and Michael Denham are four minutes thirty seconds behind the leaders in their Mitsubishi Triton and Craig Lowndes and Kees Weel are sitting in third fastest position, less than nine minutes from the lead.

Bruce Garland and Harry Suzuki in their Isuzu DMAX has had a good stage, moving up a position to fourth fastest place, swapping places with Darren Green and Wayne Smith’s Nissan Patrol and now approximately 13 minutes behind the leaders.

Paul Smith is powering ahead of the quad bikes, slightly increasing his lead to approximately 35 minutes on his Honda TRX700XX.

Today’s stage saw the competitors travelling through the Western Australian goldfields from Leonora to Coolgardie, resting up in the old goldfields town overnight before taking on Leg 4 travelling south to Norseman for another day of tough outback action.

Considered one of the world’s great endurance events, the Australasian Safari is travelling from Southern Cross in the wheatbelt through to the historic Western Australian goldfields, desert, rugged bush and coastal sand dunes, finishing at Esperance.

Results referred to in this release are provisional. Full results from Leg 3 are available from www.rallyresults.com.au/safari2010

Quotations from competitors will be available shortly. 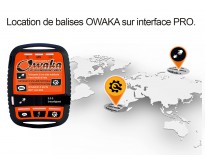 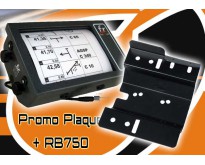