THE HELL’S GATE 2011 WILL TAKE PLACE ON FEBRUARY 12TH, IN ITS BRAND NEW 8TH EDITION

The great success of an impossibile event such as Hell’s Gate is misured also from the desire of the riders to be part of it! Fabio Fasola smiles with satisfaction when reading the list of the participants one month before the start: we have almost reached the top, almost 150 heroes ready to face cold, darkness, ice and tiredness just to be part of the most extreme race.

We already know that, for the great part of the riders, it will be impossible to see the end; we already know that the great satisfaction of reaching the Hell’s Peak will be the privilege of a few professionists, but just having the courage to run to the limits, when arms, legs and brain ask for mercy, that is what we call to be an real tuff endurist! Fabio and his staff know that well, since even with the cold and the bad weather, they are stepping on the paths of Il Ciocco in order to define the new remodelled track of the Hell’s Gate.

Yes, because the 8th edition will bring a lot of news: a shorter path that our riders will have to repeat six times instead of four, more passages on the extreme zones, more strenght for the riders and more fun for the public.
And a lot more, but only to be revealed during the briefing before the race. The most famous passages won’t be missing, the Salamandra Creek, the Laghetto and the Cascata; but a few new passages will come through which may soon be part of the history of the race.

Speaking about the riders, KTM has already prepared its masterpieces: first of all the Polish Taddy Blazusiak, who will go for the third podium after the victories in 2008 and 2009; then Andreas Lettenbichler with Husquarna, the sixth on the top of the Hell’s Peak in 2009; the American Cody Webb, well known for the trial but also a specialist in extreme races and now riding on a Beta. In the F-Fasola headquarter people are waiting for the big names to come: riders who will give shape to the list that always gives to Hell’s Gate its high level of competition.
On the other hand they are still waiting for the entrance into the World Estreme: one of the big obstacles is the presence of the Erzberg Rodeo. The famous race held in Austria in July is for sure one of the most important events in the exreme enduro world, but it’s not yet registered to any calendar of the International Motorcycle Federation and so thas not guarantee any points for a possible FIM world championship.

Waiting to solve those problems, we can always enjoy the great show of the Hell’s Gate 2011: the first part of the race will start at 07:00 on Saturday 12th February, while the thirty riders who will pass the eliminatory will start from the stadium of Il Ciocco at 15:30. four will be the lap of the morning, with a special with cronometer starting from the second lap.
Very interesting for the public: the entrance is free and the usual transfer service is guarantee for all the day.
Media partner of the event is again Virgin Radio that will organise, as last year, the trophy for the non-professionist rider who will pass first at the time control of the afternoon.
The Hell’s Gate 2011 will be again a great adventure romance, a real best seller! Don’t miss it! 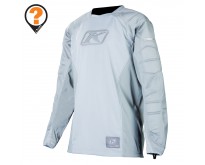 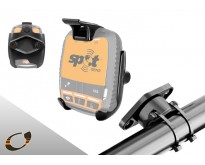 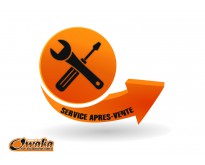